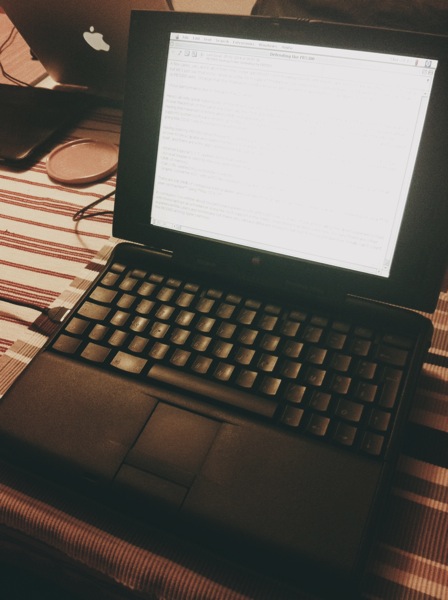 Whenever I stumble on some article listing Apple’s ‘worst Macs’ — sometimes called Road Apples, sometimes called lemons — even before looking at the list I already know that there’s one particular Mac I’m going to find: the PowerBook 5300. I won’t say that this PowerBook was completely issue-free, but I believe that its ‘lemon’ fame is in part undeserved.

Somehow, there’s a common denominator between the PowerBook 5300 and the Newton. Both got a bad reputation for what essentially was a non-issue, and from there it was just throwing the baby out with the bathwater. With the Newton it was the handwriting recognition (yes, it was not extraordinary in version 1.x of NewtonOS, but got amazingly better in version 2.x). With the PowerBook 5300 it was mainly the famous issue with the exploding batteries. As Dan Knight of Low End Mac writes (emphasis mine):

Originally designed to use LithIon batteries, Apple recalled the 5300 after some of the new batteries burst into flames on the assembly line. Not only was this an embarrassment to Apple, but the PowerBook 5300 became the butt of many jokes even though none of the troublesome batteries ever made it to market.

The PowerBook 5300 got included (obviously) in this recent article by Stephen Hackett, Some of Apple’s Lemons, which is otherwise a very well-informed and spot-on piece.

I strongly suspect that, among the tech writers who have written such lists of ‘worst Macs ever built’, there isn’t a single one of them who has actually used a PowerBook 5300 for as long as I have. I acquired my 5300ce second-hand in late 2001. It has a 117MHz PowerPC processor, 64MB of RAM and a 1.1GB hard drive. The original owner got it new in 1995 and took good care of it, to the point that when he sold it to me, the PowerBook was in mint condition after being in use for five full years. (Only the piece of plastic covering the ports on the back was missing, but I wouldn’t consider it a big deal.) The battery still held a 40-minute charge.

I’ve been using this PowerBook for the past 12 years without issues. Amazingly, the battery still holds enough charge to allow the PowerBook to complete the boot process.

Apart from my specific PowerBook 5300 unit, I have a certain expertise with Macs of this vintage because during the 1990s I did a lot of freelance Mac tech support, so I handled quite a number of these laptops.

Anyway, let’s take a look at the issues summarised by Hackett and review them one by one:

Cracks in the plastic casing.

I’ve witnessed this issue on very few PowerBook 5300 models. Comparatively, I’ve seen cracks in the plastic casing occurring much more frequently on clamshell iBooks, particularly around the small Apple logo beneath the screen; a problem possibly caused by tight hinges.

My PowerBook 5300 has started showing a small crack in the casing a couple of months ago, therefore 18 years after being manufactured. I’m willing to cut it some slack at this point, eh?

Vertical lines present on the display due to pinched ribbon cables in the hinges.

I’ve never seen this issue in person. I was told about one case by a fellow Mac consultant years ago. I personally saw this happen a lot with PowerBook 180 and 190 models, though.

A few cases, yes, and in all of them the owner admitted to not treating the PowerBook with much care. I’m not denying the issue, of course, but let’s just say that in my career as a Mac tech support freelancer, I’ve seen more cracked hinges on Titanium G4 PowerBooks than on PowerBook 5300 units. Strange that the Titanium PowerBook G4 never gets a mention among the ‘road apples’ for that, no?

Poor performance due to the lack of a L2 cache.

Here I can only speak subjectively. At the time it was introduced (1995), the PowerBook 5300 wasn’t certainly as fast as some of the desktop Power Macintoshes of the same era (especially the 8500 and 9500 series), but as far as laptops went, it wasn’t exactly sluggish either. Having the maximum RAM installed (64MB) and upgrading to System 7.5.3 or 7.5.5 helped a lot, too. Theoretically, the PowerBook 5300 supports system software versions up to Mac OS 9.1, but in my experience you’ll want to stop at Mac OS 7.6.1 or 8.1, and I suggest going Mac OS 8.1 only if you have maxed the RAM.

Having used my PowerBook 5300 rather frequently over the past 12 years, I can say that, while it may not be the fastest pre-G3 PowerBook, it has proven to be a capable and reliable machine. For example, at the moment I’m writing this very article in BBEdit Lite 3.5.1 on the PowerBook 5300 itself, and there are a few apps opened in background as well:

There are still 39MB of contiguous RAM available, and switching from an app to another is rather seamless, considering I’m on a 19 year-old machine using Mac OS 8.1.

Fires due to a bad Sony lithium ion batteries that overheated while charging.

As I emphasised at the beginning by quoting that bit written by Dan Knight, that problem happened internally during production and therefore did not impact users directly.

In conclusion, I’ve written about my personal experience with a PowerBook 5300 over 12 years of use and recalling the direct experience I had with these laptops as a freelancer doing Mac tech support in the 1990s, when these machines were new. I’m sure there are other experienced Mac users and technicians out there who will have different stories to tell; but from my perspective, I really can’t count the PowerBook 5300 among Apple’s lemons.