Since Apple published a series of pages dedicated to HTML5 on its site, I’d been thinking about a little experiment: get on the Web with my Newton MessagePad 2100 and try to access those pages, just to see how they looked. Well, my friend Grant Hutchinson just beat me to it. 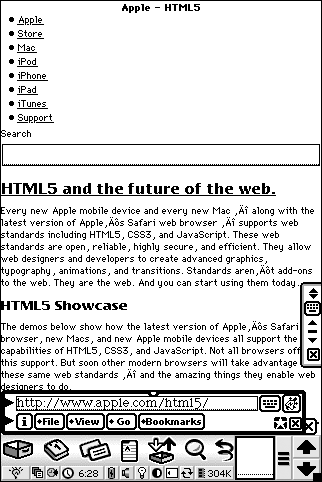 Keep in mind that both browsers were developed prior to the existence of HTML5. While neither piece of software supports the advanced interaction or layout effects afforded by JavaScript and CSS3, the clean HTML5 markup is completely accessible.

Indeed. As Steve Jobs would say, Isn’t it cool? — Oh, and don’t miss the rest of the set on Flickr.

One thought on “HTML5 vs Newton – Gracefully degraded content.”